"I think people who eat jerky are a spontaneous bunch with robust tastes," says Mike Van Alsburg, a man whose own spontaneity has led him to launch a Kickstarter campaign to crowdfund the world's largest beef jerky. "We're a fun group."

The focus here on the Jerky Spot blog typically centers on the perfect jerky for a particular event, or weird and wonderful types of jerky for you to try — but this sort of project bears an importance to the wider jerky community that simply can't be ignored. An illustrative image on the campaign's Kickstarter page depicts a mammoth piece of beef jerky resting on the Eiffel Tower and, while Mike admits that the $200 sum set as the project's funding goal wouldn't quite produce something of that size, there's no limit to his ambition. 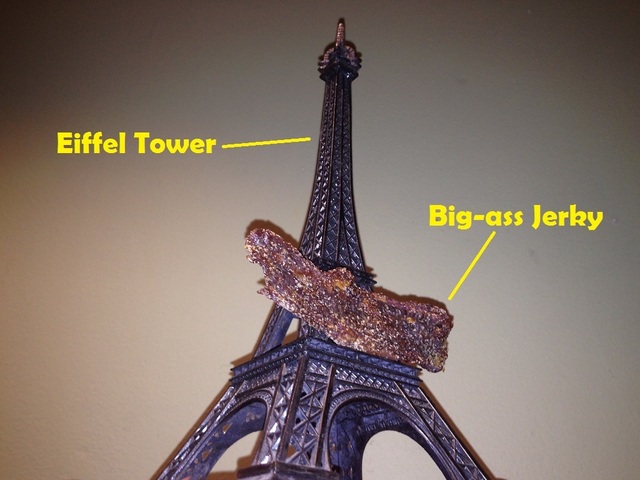 Above: An Artistic Impression of the Finished Product, Taken From the Kickstarter Page

Part of the funds raised will purchase a six-pack of beers, to be drunk while the jerky is being made. "We'll probably get a good local American Pale Ale or India Pale Ale," Mike tells me. "I won't name names but we have good local breweries here in St. Petersburg."

Beer and jerky is a combination that's dear to the hearts of many, and Mike is certainly one of that number. "Beer and jerky go well together because the flavors juxtapose each other," he says. "Yin and yang." He goes on to tell me about a prototype jerky made with beer and infused with hops, as well as a beer glass made from jerky. If this Kickstarter campaign goes well, it's very likely that his next steps will feature beef and jerky standing side by side. 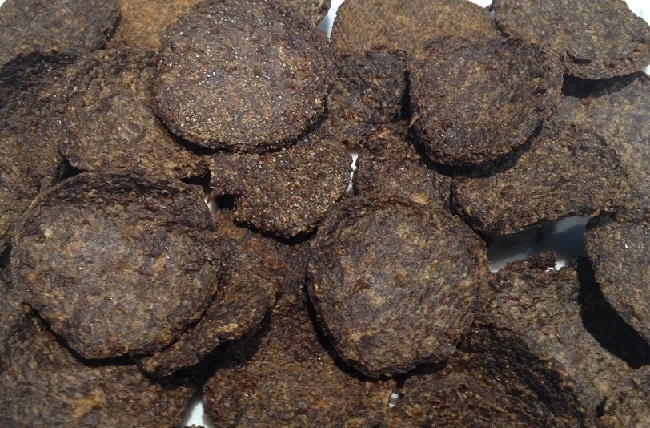 Above: A Previous Batch of Jerky Created by Mike

Mike is certainly not short of ideas of how to take jerky to the next level. I ask him whether creating the world's biggest beef jerky has been a lifelong goal, but as it turns out, that's far from the case. "I actually thought it up last month," he tells me. "Seemed like a good idea since everything has a record except jerky."

Backers who contribute more than $5 to the campaign will receive a piece of the record-breaking jerky alongside a certificate proving its authenticity. I ask Mike how he would suggest backers enjoy their portion of this landmark jerky once it's been shared out and shipped to them.

"I recommend backers put that piece of historic jerky in a frame and hang on the wall. Then they could get down and hang the framed jerky on the wall. Above the frame, it could say 'In case of snack attack, break glass'," he replies. "Or maybe they should just eat it. It's good stuff."

The World's Biggest Beef Jerky campaign runs until September 12; more information can be found on its Kickstarter page.